- October 10, 2012
It’s almost half a year since the last major release of Ubuntu Tweak. Today, in Ubuntu Tweak 0.8, a new exciting thing is introduced: the “Apps”, combination of App Center & Source Center. Installing and managing apps are really common tasks for an utility tool like Ubuntu Tweak that’s why its developer brought it back and continue to work on it.

When you enter the Apps tab, you will see the interface like this. Left side is the categories for app, and the right side is the app icons. Click the target category or app you want to  operate, like “Google Chrome Stable” (The stable version of Google Chrome) 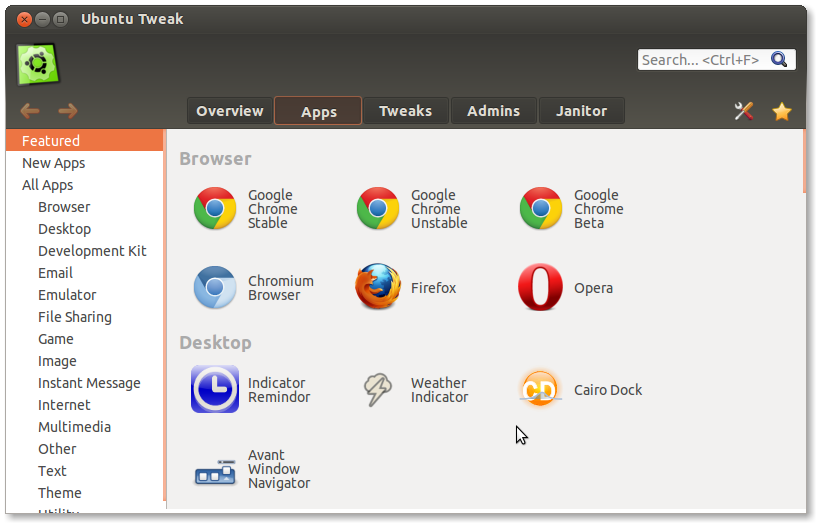 Next, you will see a simple page with the basic information of Google Chrome Stable and a source and a “Not Available” button. 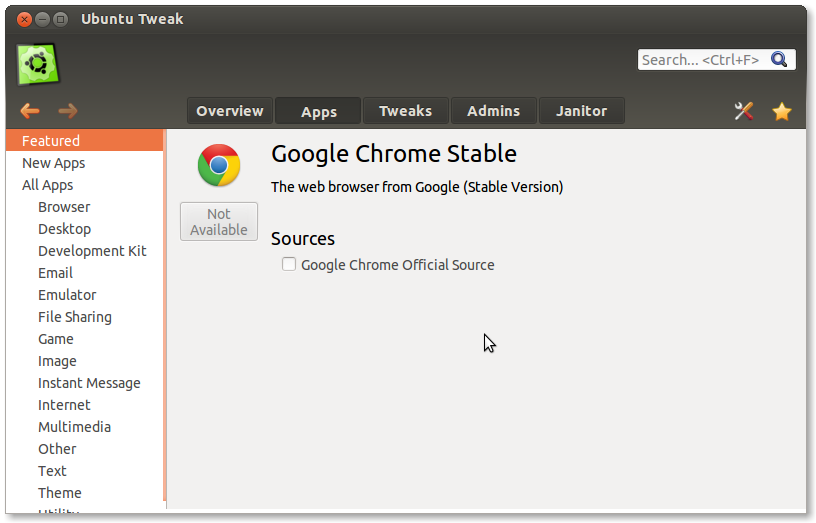 So what’s this? It means, Google Chrome is not available in Ubuntu official repository, and you have to enable the “Google Chrome Official Source”, then you can install it.

Now check the ”Google Chrome Official Source” box, then the “Not Avaiable” button will become “Update”, click it, the next step is what you expect to happen: update the source and install Google Chrome for you. 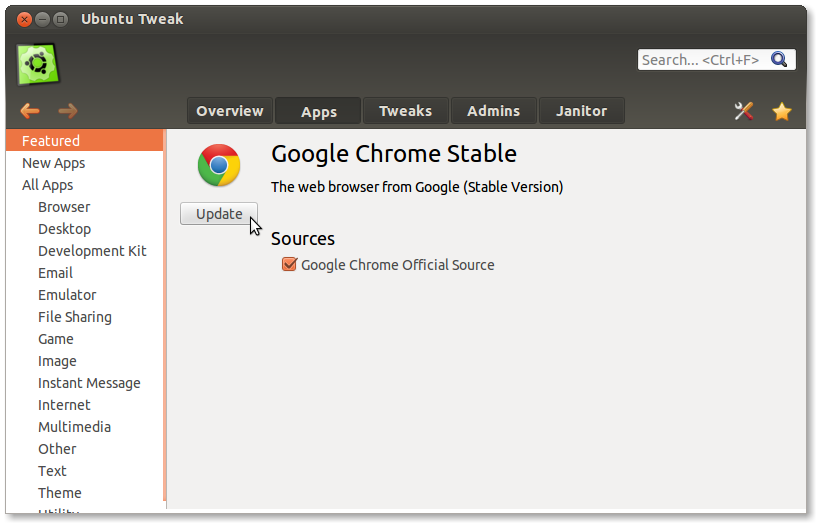 If you try to update an app which is already installed, the operation is the same way: enable the source and click on the update button. Like the Chromium Browser, you have to choose to install a development version or a stable version, rather than the out dated version in Ubuntu repository.

Yeah, that’s all. Isn’t it easy and simple to use? Although it is still not perfect and there’s also much space to improve, you won’t need to open terminal again to install the apps now after the combination of “App Center” and “Source Center”. By now, you can still use the old App Center and Source Center in Ubuntu Tweak 0.8.0, use Source Center to purge the source and downgrade the apps, until all the features are ready in the new Apps.

You can download and install the deb package from the link below (it supports Ubuntu 12.10)