The Eyeball Invaders is a another Steam's Greenlight wannabe game, thus it need your votes. It's free to play fast-paced multi-player action game for PC, Mac and Linux in which each player takes control of one of many selectable Eyeball-like character and jump his way through 5 wonderful planets and 150 tricky levels. 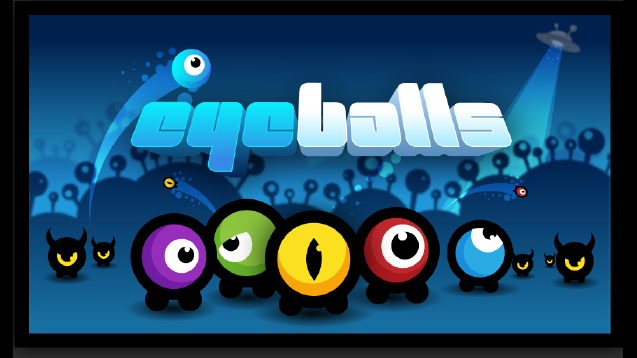 Eyeballs Invaders have landed on a mysterious set of planets and they need to get as many energy orbs as they can to fuel their spaceship, but, as if it wasn’t enough, their only way back can’t take them all home, so... let the massacre begins, ‘cos in the end, there can be only one!

- Super Catch: Eyeballs bounce around trying to catch various orbs which appear all over the screen. The player who gets the most wins.
- Thief: Players need to compete over an orb and when someone catches it, he becomes “thief” and the longer the orb is kept in his possession, the more points he makes.
- Basketball: As soon as an Eyeball catches an orb, a dunk spot appears on the screen. The Eyeball with the orb has to come in contact with the dunk spot to score a point and make a Slam Dunk!
- Paint: Each level is “paintable”. By painting the platforms players increase their score
- Time attack: There are a series of checkpoints in each level, so that the Eyeballs must collect them all in the shortest time possible.
8 local and online multiplayer (FFA, 2VS2, Co-op and more)
150 colorful levels
Compatible with every operating system Window, Mac and Linux
Minimal configuration and technical requirements (low end PCs friendly!)

Game will be available on PC, Mac for free with content purchases!

Discover The Eyeball Invaders world through an exciting single player adventure mode or tackle the challenges with up to 7 friends! A unique sharing feature lets you challenge up to seven other players over five crazy game modes for some local eight-player madness! And if you prefer playing online, go through the steam community and game integrated lobbies to play with your friends!

[tab]Fishing Cactus is a Belgian video game development studio founded in 2008 by four experienced AAA talents, from the ashes of 10Tacle (Totems, Urban Race). A very prolific team, Fishing Cactus has already released over 40 different titles for a wide variety of digital platforms (Apple AppStore, Android, PC, MAC, Nintendo Wii and 3DS). We performed work-for-hire for several top-tier publishers such as UbiSoft or SEGA. Our track record includes the critically acclaimed Shift (iPhone, iPad, Nintendo 3DS), which has already been played by over 10 million people worldwide, Paf Le Chien (best-selling iOS paid app of 2011 in France), Trenches Generals and Shaun White. Fishing Cactus currently employs 30 programmers, designers and artists in Mons, Belgium.[/tab]
[tab]The Eyeball Invaders is the first game we are going to fully publish by ourselves and we hope to make it a success on Steam with your help. Game is currently at playable stage with most game modes already in, we are mostly missing the cosmetic features and multiplayer lobby.[/tab]
[/tabs] 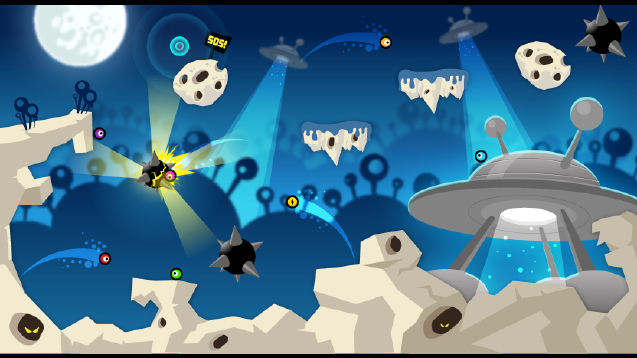