How to install nNVIDIA 304.51 drivers in Ubuntu

- September 26, 2012
Today NVIDIA has released a new (stable) Linux graphics drivers for Linux community. The latest beta nVIDIA 304.51 driver is now available for download and offers support for the new models of GeForce GTX 6xx series, meaning GTX650 and GTX600. Simply put, this is the stable version for 304.48 -- the last week's beta driver. For more information take a look at the changelog below: 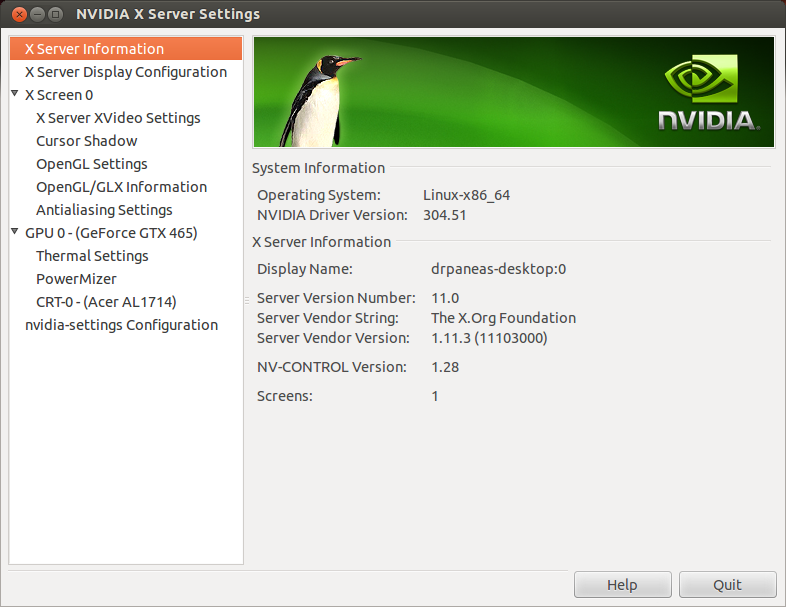 With the thousands of commands available for the command line user, how can you remember them all? The answer is, you don’t. The real power of the computer is its ability to do the work for you. To get it to do that, we use the power of the shell to automate things. First we test, second we write and then we provide.

Our nVIDIA Installer script is a collections of commands that are stored in a file. The shell can read this file and act on the commands as if they were typed at the keyboard. This is the very early beta of this script, and soon enough there will be a GUI version with lot’s of features.

Please notice that our script works only with Ubuntu. No other Linux distributions are supported. In order to install this driver, please use our 1-click installer script and select the "stable" or "beta" update. This is a stable driver, so feel free to play on the safe side of the road. Also, if this is your first nVIDIA proprietary blob install, the script will remove all the drivers... thus you need to run it twice in order to install the driver (the second time) into a clean (no garbage/old remaining files) system.

After the reboot, open Dash and type "nvidia". Using this tool you can configure all these nvidia settings :)

btw you can use our script to unistall the drivers (in case you have problems).
12.10 304.51 download drivers easy guide how to install nvidia one click ppa script steps tutorial ubuntu ubuntu 12.04