- August 17, 2012
Point of View, a premier NVIDIA graphics partner and manufacturer of Android tablets, notebooks and other hardware, launches today the newest card of the GeForce® 600 family: the POV GeForce® GTX 660 Ti.

The GPU is built on the next generation streaming multiprocessor SMX technology which allows much faster calculations. The chip is produced on a 28 nm die-size – allowing high clock speeds and is [highlight color="yellow"]twice as power efficient as its GeForce GTX 560 predecessor[/highlight]. Also the new technology received a huge expansion of CUDA cores. The GeForce GTX 660 Ti now has an astonishing amount of 1344 CUDA cores to process all parallel calculations even faster! The card also has 2048 MB of DDR5 memory to keep up with all that GPU brute force! 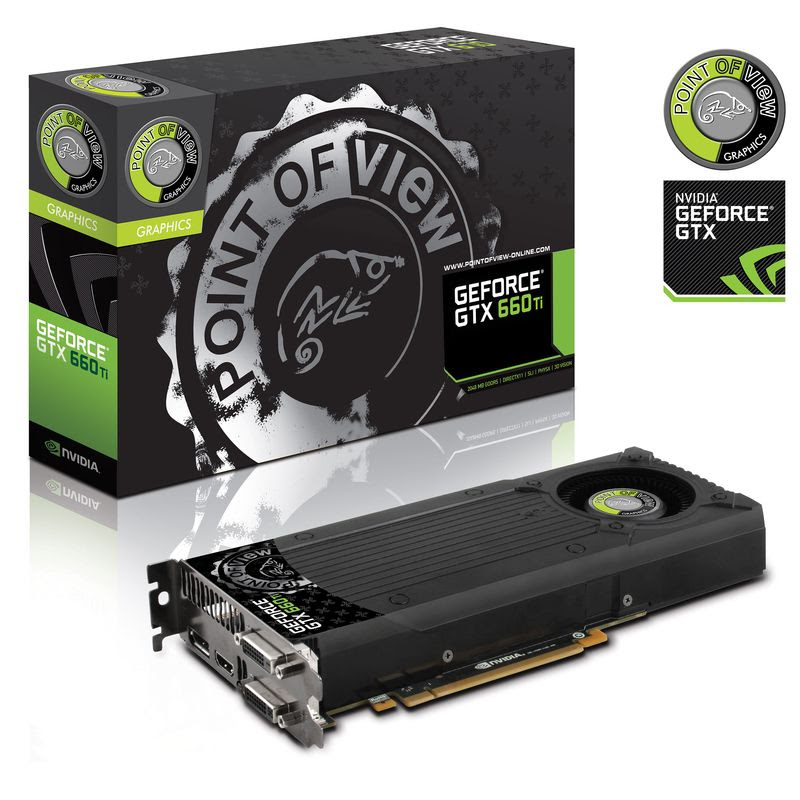 Being the youngest sibling of the GTX 600 series, it also utilizes GPU Boost – an intelligent clock speed management which dynamically maximizes (or minimizes) your clock speed depending on the current demand. Also other GTX 600 features such as Adaptive vSync and anti-aliasing technology FXAA are included.

Through the new 3D Vision™ Surround implementation, one single GeForce® GTX 660 Ti allows up to 4 monitors connected. Three of these can be used to create a stereoscopic 3D “inside the game” experience while keeping an eye (the fourth ‘accessory‘ display) on your email, game-guide or social media page!

Price-wise as being the youngest model of the GTX 600 series, costs around $250-300. The first reviews (about 4 hours ago) have already unleashed out in the wilderness, and we have our eyes fixed upon the benchmarks.

All in all, GTX660 Ti it's going to be one of the most hot choices for gamers this year. Mid priced- High Performed and walk among the Kepler's Kingdom.