Gabe Newell: If you want to run Steam on top of Linux that's fine

- August 18, 2012
Yesterday, Geoff Keighley -- a video game journalist from GT.TV -- paid a visit to Valve Software offices at Seatle, Washington. The 20 minute interview is very well edited, interesting and not boring at all since there are many topics covered, such as Dota 2, Source Filmaker, Countrstrike Global Offensive and some thoughts of Gabe Newells  (BTW he's getting ready for his trip to South Africa and jump into a cage with white sharks... we wish him good luck :P ).

[tab]It's an undeniable fact that Valve is working on their new project Steambox;  Mr.Gabe said: "this is a useful tool to deliver your hardware in the living room. If you want to run Steam on top of Windows that's fine; if you want to run on top of Linux, that's fine too." and also justified there is a linux beta inside. [/tab]
[tab]It is believed that the value of story telling has great influence to the players and brings profit to the company through Steam workshop. That's why Valve 's thinking to diversify and make more cool stuff than just games. They are admitted they are into comicbooks and film animation, based on storylines of their games.[/tab]
[tab]Gabe believes that Windows  8 will be very poorly received by customers, whether hardware manufacturer's margin will actually sell fewer version of Valve's games on machines running Windows 8.[/tab]

[tab]This is the tool that Valve is using to build such beautiful cinematics and animations. Guess what ? now they give it for free.  They figured that by taking all the technology they have and sharing it with everybody, people gonna make cool stuff and surprise us. In a matter of fact, there is contest soon enough, sometime on the fall.[/tab]

[tab]There is no need for introduction here. We all know Counter-Strike; we all have played it when we were young while some others still frag 'n play up to this day. This time Counter and Terrorist are back causing global offensive release in a couple of days.  Have a peek and look at the cinematics.[/tab]

[tab]Valve has put their faith on this one, which is the following of that they began in Warcraft 3. Currently Dota 2 is on beta, and building an international community playing by 1000 people. Speaking of money, Valve 's giving Dota 2 for free to play the game but purchasing Heroes characters and inventory items - a clever way to gain profit though Steam workshop. [/tab] 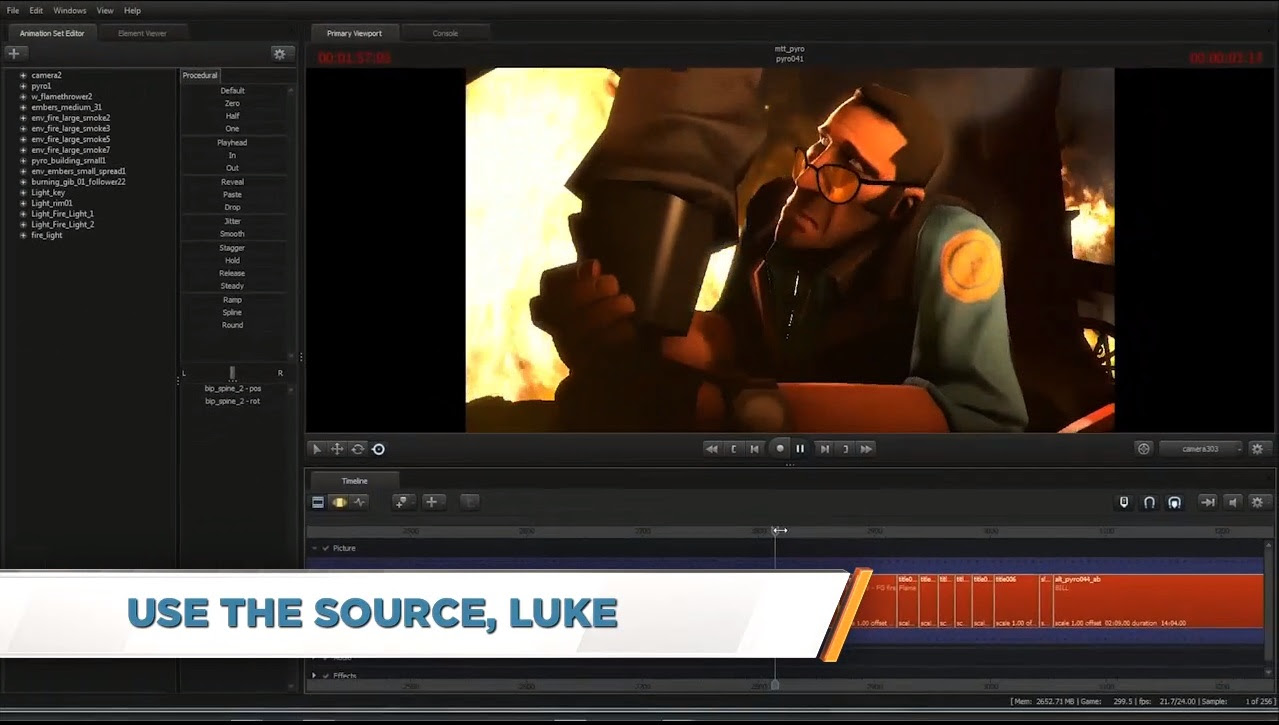 May the source be with you next year, 'cause all these titles will be ported into Linux :D