While Valve news about porting Steam on Ubuntu is rather fresh, Canonical hasn't been quiet about it and tries to make things work even better for any game developers out there who may wish to develop or port a game to Ubuntu Linux.

Unite is the annual conference for developers, publishers and enthusiasts interested in Unity Game engine. It is four days in August packed with advanced hands-on class tutorials and technical sessions about creating high quality video games, training simulations, medical and architectural visualizations, and other 3D interactive content. This year Canonical will attend on Unite conference and will have a session entitled:

This week Canonical is sponsoring a developer session at Unite 2012 to share how easy hundreds of thousands of Unity developers can now bring their games to the Ubuntu Software Center. With the release of Unity 4.0, not to be confused with our Ubuntu window manager of the same name but different version number, game developers gain the ability to export to two new platforms: Adobe Flash and Ubuntu along with many other new features bringing us another release of the top choice for both independent and AAA game development.

We saw at the Ubuntu 12.04 Developer Summit some great and big names like EA Games talking about Ubuntu as a new gaming platform. Also with the release of Humble Indie Bundle 5, Ubuntu’s Software Center caught the immediate attention of the fifth bundle release and it was available through the software center. Last but not least, Valve has announced that for the time being, Ubuntu is their primary supported linux distribution for Steam.

All the above makes sense when we see Canonical urging at the 2012 Unite Conference. What really should Canonical do is to invest some of its talents or find new ones to contribute more on OpenGL, gaming libraries and any means that will help future companies or individuals to create great Games on Ubuntu. Canonical has already invested in helping developers get started with Apps development on Ubuntu with the initiation of a website (http://developer.ubuntu.com/) dedicated for the job. Now it is time for something similar for gaming.

What do you think ?

Unity is an integrated authoring tool for creating 3D video games or other interactive content such as architectural visualizations for real-time 3D animations. With Unity 4, games should see increased shader capabilities and smoother models and environments (via tessellation). The company says mobile platforms will also see a boost of fidelity thanks to new features and optimizations. Promised improvements include real-time shadows, skinned mesh instancing, normal map baking, and a refined GPU profiler. The release also finally brings Flash deployment, introduced in beta form last year, to a fully functional release. It also adds a preview of deployment to desktop Linux machines.

Unity, is the new Desktop Environment that Canonical has introduced for its Desktop Operating System called Ubuntu. Founded in 2010, the Unity project started by Mark Shuttleworth and Canonical has gone on to deliver a consistent user experience for desktop and netbook users alike. Putting great design at the heart of the project, Unity and its technologies such as Application indicators, System indicators, and Notify OSD, have strived to solve common problems in the Free Software desktop while optimizing the experience for touch, consistency and collaboration. 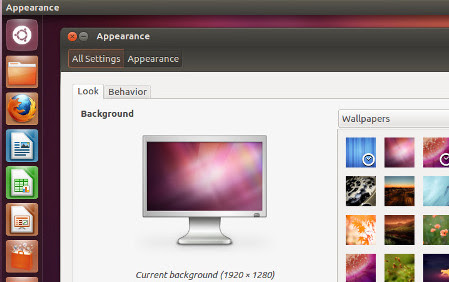