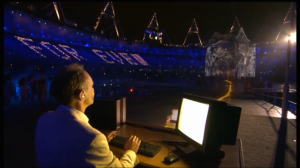 Last night, the Olympic opening ceremony featured Tim Berners-Lee, the man credited with inventing the World Wide Web. In March 1989 and on 25 December 1990 he made a proposal for an information management system and so with the help of Robert Cailliau and a young student at CERN, he implemented the first successful communication between a Hypertext Transfer Protocol (HTTP) client and server via the Internet. Flash forward to last night, he was honored as the 'Inventor of the World Wide Web' at the 2012 Summer Olympics opening ceremony. Berners-Lee is revealed in front of a computer keyboard into which he types a message, which is then rendered in lights in the stands of Olympic Stadium:

"This is for everyone."

A great quote that resembles the openness and the fact that some things should belong to humanity. 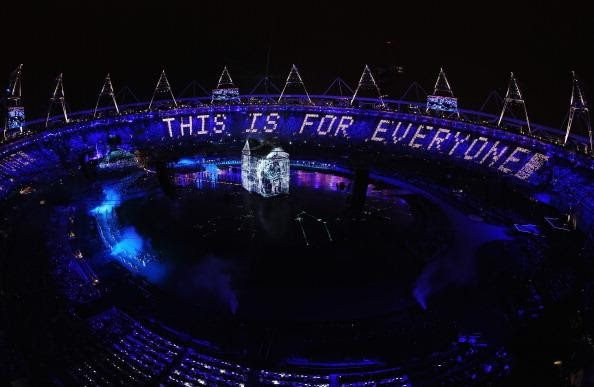 The unfortunate thing is that I am pretty sure that 90% of the population who watched the opening ceremony didn't have a clue of who he was...
business CERN computer English Writings Internet Olympics Open Source technology Tim Berners-Lee