Window Maker: A friend of the old days is back 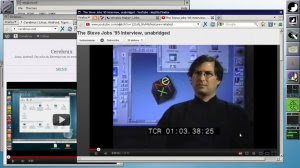 If you are new to the Linux ecosystem or you may have recently realized that Operating System/Computer is NOT... Windows then you may not understand what is the point of this post.

Windows Maker is a 15 years old libre and open source window manager for Unix-like (Linux, Mac OS, BSD etc.) operating-systems. It is designed to emulate the NeXT's GUI as an OpenStep-compatible environment.

NeXT, was an American computer company, that developed and manufactured a series of computer workstations intended for the higher education and business markets and was founded in 1985 by Apple Computer co-founder Steve Jobs after he resigned from Apple the same year. 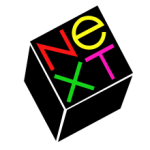 NeXT later released much of the NeXTstep system as a programming environment standard called OpenStep from where WindowMaker was inspired and released its first code in 1997. Window Maker has been characterized from many tech reporters as reproducing "the elegant look and feel of the NeXTstep GUI" and is noted as "easy to configure and easy to use."

I came across this project in late 2004, on my "distro hopping" days while I was using SuSE 9.1 (? or 9.3). I loved the minimalistic approach and the revolutionary approach that was breaking, the well established, Windows Desktop Paradigm. Unfortunately the project stopped further development  some time in 2005 after the release of 0.92 version.

But, in recent news the project has been resumed and the latest stable version is 0.95.2 is released on 14.02.2012. So I took a screen shot from my desktop where you can see my Window Maker setup, also Steve Jobs being interviewed in front of a video wall of NeXT Desktop interface and a screenshot of Ubuntu's Unity environment to remind to all of us the resembling of NeXT, Windows Maker and Ubuntu Unity ;)