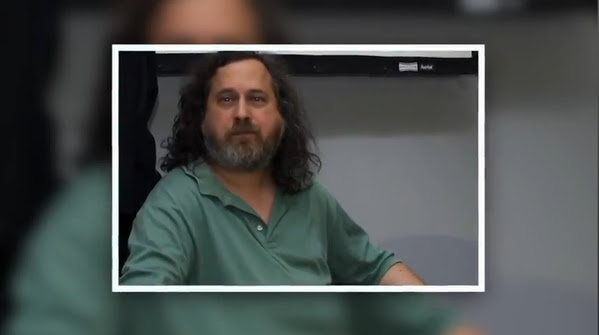 Every weekend and mostly on Mondays I watch Linux Action Show, a youtube show that's been around for about 6 years now. On the 200th episode, that aired on last Sunday 11 of March they had Richard Stallman "on board" for Interview.

If you don't know who Richard Stallman is and you still use Android, Ubuntu or any other GUN/Linux based operating system... then you should check for him at Wikipedia page : Richard Stallman

Well the interview was really interesting because Bryan, one of the hosts, is a developer himself and started to ask some practical solutions about doing Open Source / Libre Software  and still make affordable revenues. That part... didn't go so well... at least for Bryan...

As he posted on his blog:

...This is a topic that has come up time and again.  And I really wanted to get Stallman’s thoughts on the matter.... He did not say that having Free Software is more important than kids having food to eat.  I repeat: He said that it was more important that non-free software be gone… than for you to be able to feed your kids.  That’s how evil he thinks non-free software is.  Evil enough to justify causing significant harm to your family to do away with a small amount of it... [via Bryan Lunduke]

Of course this isn’t the first time that RMS considers that freedom is more important than anything else that bothers someones daily activities:

... Luc proposes a small change to Emacs... but problems with the change are soon discovered. RMS ( Richard Stallman) sensibly decides that reverting the change is best, and asks Stefan to implement...

... Stefan is very understandably busy with his new daughter, and thus can’t help just now... RMS fails to offer the customary congratulations, or in fact any amount of human understanding :

It doesn’t take special talents to reproduce—even plants can do it. On the other hand, contributing to a program like Emacs takes real skill. That is really something to be proud of. It helps more people, too.