- February 18, 2012
As my previous post was a bit of a surprise for many of Linux users out there, I decided to distribute my work, so that others also can benefit from BFS kernel.


Not many people are willing to compile a linux kernel from source but would definitely install a prepackaged one if they were given the opportunity.

So... I have some good news for anyone interested. As you may know I keep posting any news about stable releases of Linux Kernel and updates about Zen Kernel.  Well today, I created a github repository to upload prebuilt packages of the latest BFS optimized Linux kernel so that anyone can download and install these packages. 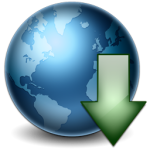 This repo will always have the latest stable release packages of BFS optimized Linux Kernel so stay tuned...

To use them just install the 3 packages related to your Operating Systems architecture:

You can keep up with the latest news about brand new package releases by reading :

Update (15-Mar-2012): Because now I don't use Zen Kernel but I build my own BFS/BFQ patched Ubuntu kernels, I removed the Zen Deb repo and created a new one "Optimus Linux Kernel"