Caveman: Exploration of the gender gap 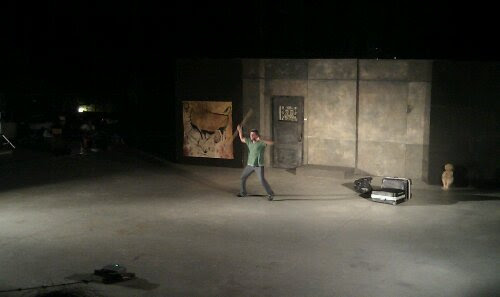 I hope your mouth is not in pain after a night of "laughing out loud". Today was a good day for Theater. I went to Aristotelous of Thessaloníki and bought a ticket for the theatrical play "Cavman". It was hilarious !!!. Vladimiros Kiriakidis as the Caveman was, as usual, at his best.

You can check out if it is available in your country at http://www.cavemanshow.com/ As you can read on the info available on the web :

Defending the Caveman holds the record as the longest running solo play in Broadway history. Caveman is also now a worldwide rock-solid tour de force that has won the hearts of millions and it’s sure to win yours. Caveman has been seen in 45 countries and translated into 30 different languages (and counting!). A hilariously insightful play about the ways men and women relate, Caveman has both sexes roaring with laughter and recognition. Affectionate nudging between audience members occurs during the performance as they recognize themselves in the stories being told on stage.